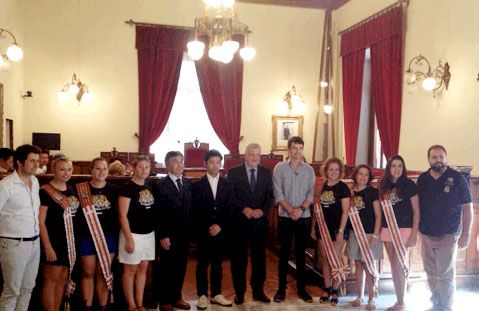 Chef and founder of Sydney based Spanish catering company Flavours of Spain, Miguel Cuevas, was named “Paella Ambassador for Australia” last weekend during the 54th International Paella contest held in the city of Sueca, Spain.

Cuevas has been promoting the Spanish paella in Australia from the last five years and he organised the successful First Paella Championships in Manly in May. The contest invited 30 Australian chefs to cook and compete for the title of “Best Paella Chef in Oceania”. Miguel and three local chefs flew to Valencia to represent Australia at the global contest in Sueca, Spain.

The results of the international competition were announced last Sunday. The restaurant Miguel y Juani from l’Alcúdia won the title of “Best paella Chef in the world” and Australia achieved the fourth place.